Rogue Podron is an ongoing podcast, currently in its 14th season. Begun as a book club podcast focused on the X-Wing books of Star Wars legends, it has since diversified into live film commentary and topic-focused episodes. Since the very first episode, the five hosts, Meg, Danny, Heath, Saf, and Ash have infused the podcast with their trademark humor, warmth, and observations, and through ongoing listener engagement, via among other means their twitter feed (@RoguePodron), have also been instrumental in forming an active fan community. They also provide additional content to supporters of the Rogue Podron Patreon in the form of a patrons-only discord server and personalized artwork.

Through weekly listener questions, a string of inside jokes too long to list, and a vibrant social media community, Rogue Podron has built a community of long-time Legends fans and newcomers alike.

Reviewers rave with such quotes as: Edit

Rogue Podron began as a weekly podcast that traveled through the Star Wars: X-Wing novels by Michael Stackpole and Aaron Allston. The podcast acts as a book-club companion, allowing listeners to read several chapters of the famous Legends novels each week before listening to the hosts discuss the same chapters on the show.

In addition to the X-Wing novels, listeners also joined Rogue Podron on journeys through other classic Legends novels such as The Courtship of Princess Leia, with a steadfast focus on having fun through reading.

After completing the X-Wing books, Rogue Podron is delving deeper into Star Wars lore, with each co-host leading raucous discussions on a topic of their choosing. From the biology of Thala-sirens to droid rights, from Constable Zuvio to Chief Chirpa the Ewok, Rogue Podron will continue to provide hilarious entertainment beyond the book series.

Rogue Podron was created by Meg Humphrey, regular host of Far Far Away Radio, and FFAR episode editor Danny Pirtle. They are joined by Saf Davidson and Heath Williams, making for a fantastic squadron of humorous, insightful, and dedicated pilots. Later co hosts include the Skyhoppers, Byn and Ash.

Rogue Podron was originally hosted on Far Far Away Radio and is now a proud member of the Not Saf For Work podcast network.

The Podralorian is the first spin off podcast from the Rogue Podron team. It features Meg, Danny, Saf, and Ash discussing the Disney+ show The Mandalorian. 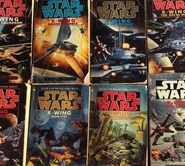 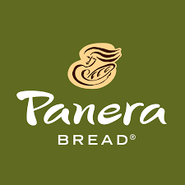 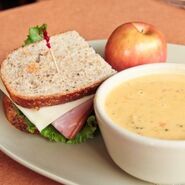 If They Were A 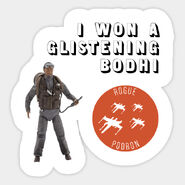 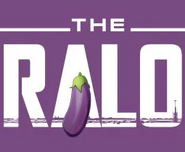 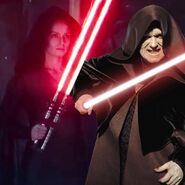 The Podron Predicts
Add a photo to this gallery

Need help building out this community?

You can also be part of the larger Fandom family of communities. Visit Fandom's Community Central!

Retrieved from "https://roguepodron.fandom.com/wiki/Pew_Pew_Pedia_Wiki?oldid=913"
Community content is available under CC-BY-SA unless otherwise noted.